Determination: ‘Sister trip’ to Galena turns into a ‘humorous’ series of events and experiences 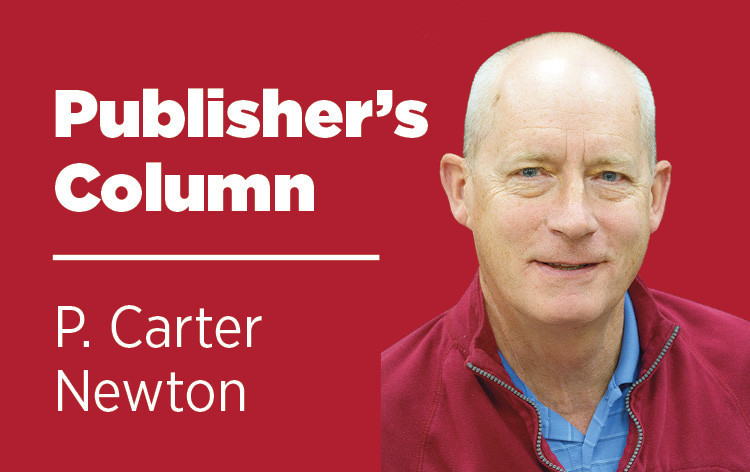 Sometimes when nothing goes right everything just happens to turn out. . .well, just right.

Earlier this month, Donna Griffin of Schaumburg came out to Galena with her sister, Linda Murphy, on a “sister trip.” The visit here included a fall, ambulance ride, a visit to the emergency room and much needed ice that evening.

So how did that visit to Galena end, you might ask? Just fine. Donna wants to take another sister trip.

The main activity for this sister trip was a visit to the Berning family dairy farm. That was a goal.

But first, the day prior, Donna and Linda spent some time downtown. Walking out of a shop, Donna missed a step and face planted herself onto the sidewalk.

Donna looked up and what appeared to be a very tall woman had already taken control and was calling 911.

Donna observed, “You know. . .when you’re on the ground everyone else looks tall.”

Then, help arrived. Two off-duty EMTs arrived. They asked a lot of questions and talked back and forth.

They asked Donna how she was doing and she replied, “I still have my sense of humor.”

Folks standing around her started repeating in hushed tones, “She still has her sense of humor.”

This tickled Donna to no end. She laughed inside. “You can’t smile when your cheekbone is on the ground,” she shared.

Then came an act of kindness. A gentleman asked if there was something he could do. Donna wanted something soft to rest her head upon. He went off and brought back a boys blue size 14 t-shirt.

“In all the hullabaloo, I don’t know where it came from. I’d like to get it back to the owner,” she said.

Donna says she then told her sister, “We’re still going to that *&*% dairy farm.” That’s determination.

The police and then the ambulance arrived. With neck brace in place, EMTs could finally roll Donna over. Her elbow and wrist hurt.

It was now time for that ambulance ride and a trip to Midwest Medical Center’s emergency room.

Donna remembers how the doctor and nurses consulted with the EMTs about her. Luckily, there were no signs of concussion. X-rays were next. With no major issues, she was released.

Then came her sister’s question, “Do you want to go to the hotel or go get dinner?”

Can you guess what they did?

Yep. . .it was back downtown for dinner.

As they walked along Main Street, Donna saw a party of three leaving a restaurant and looking at her bruised face. Donna pointed to her sister and said, “It was her.”

I’d probably do the same with my brother.

A woman in the group said, “I heard that someone had fallen.” Donna thought to herself, “I’m famous already.”

At the restaurant, Donna prepared herself for questions about her bruises from the waitress and planned to say, “My sister hit me.”

“Everything that happened seemed funny to me,” she stated.

The sisters stayed at LeFevre Inn & Resort. Soon the pain set in and she called wondering if someone could bring some ice, which Alfredo Jiminez did. The ice did the trick.

The next day, Donna and Linda did visit the Berning dairy farm. Donna had the opportunity to feed a baby calf and see how automated and computerized a modern dairy operation is.

Donna seemed especially interested in the cows and how they followed each other one by one into the milking parlor and knew what position to take.

“It was incredibly educational and amazing,” Donna recalled.

More than anything, Donna feels so grateful how people in this small community–off-duty EMTs, EMTs, police, a doctor, nurses and hotel owner–came to her aid at a time of need.

Instead of leaving town with the intention of never wanting to return, Donna feels differently.

“My sister and I want to come back. There are more things we want to do,” she finished.

What Donna would really like to do is return that boys size 14 blue t-shirt back to the rightful owner. If you know of the owner, let me know so I can let Donna know.

The CamiGirls: Four area women find something special on the Camino de Santiago

A new reporter is on the scene

Some are so nice, others are so very bad

42nd Special Olympics Illinois: If you can, please attend the parade of athletes and opening ceremonies in downtown Galena on Tuesday

Shuttle services to expand this summer

Poopsie’s expansion is open for business

GALENA–Kent D. Klingman, 64, Galena, formerly of Cedar Rapids, Iowa, completed his earthly journey on Jan. 13, 2023, at home while surrounded by his loving friends. To honor …

ELIZABETH–Donald L. Stadel, 70, Elizabeth, passed away on Sunday, Jan. 15, 2023, as the result of accidental drowning in the Mississippi River near Ferry Landing, rural …