Who would have seen her broken wing? 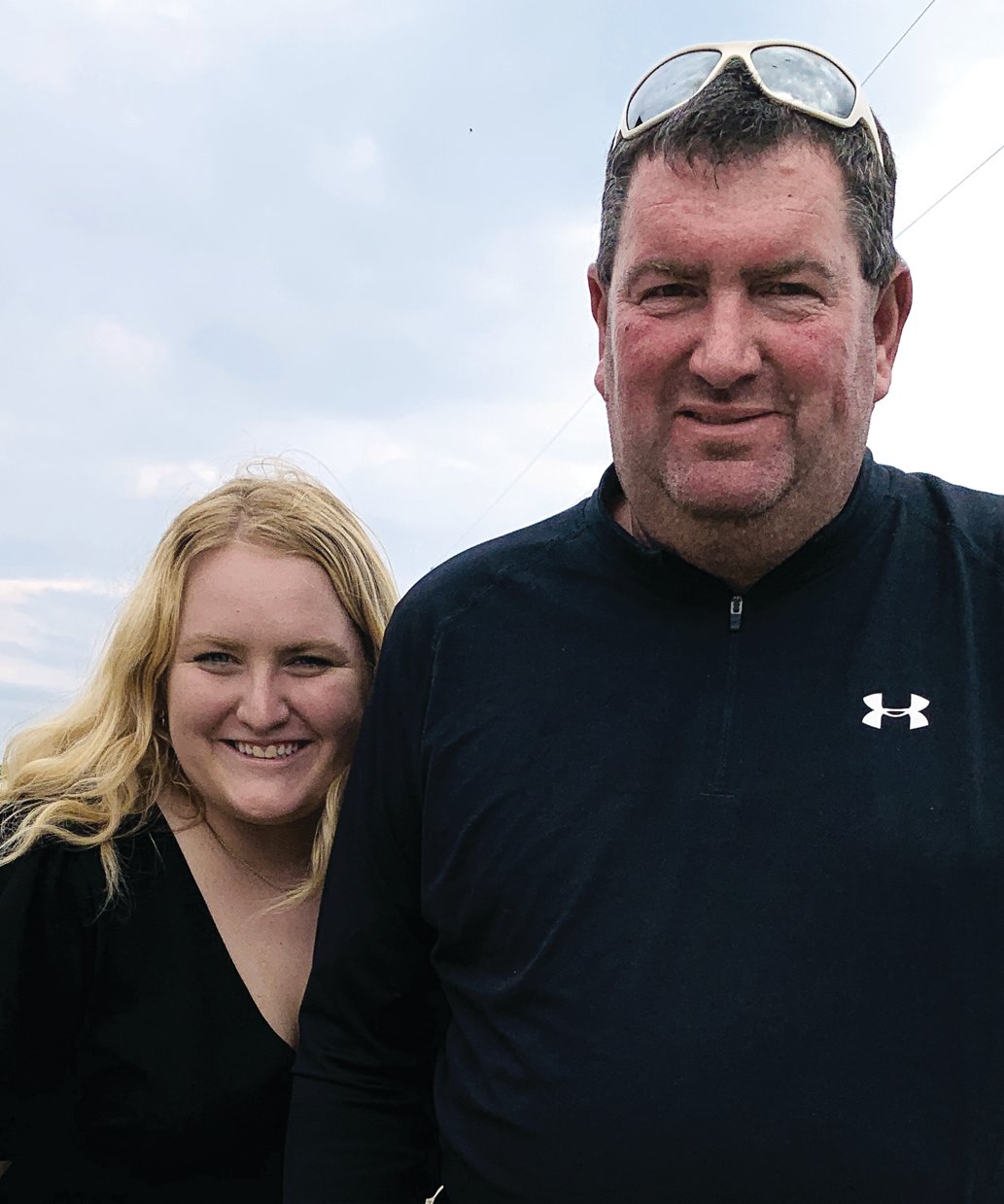 Some days last forever in one’s heart and memories, not because of any astonishing revelations. Such days endure because of their gentle loveliness. They carry a sweetness that is almost holy. That is the way I feel about Saturday, Sept. 10. It was the last time I saw Abbey Ehrler.

Saturday morning, I decided not to take my long walk along the river. Rain was threatening, and I wanted to be sure my girls (Sister and Stella, the donkeys) were fed and had a chance to wander and graze a bit between rains.

With my animals settled, I took a long walk on my own country road. I felt so grateful to be healthy, pain-free, and strong at my age. I woke to what was like a mantra or repeated psalm of thanksgiving which accompanied me that day: “We are ripped open to better see the wonders of life.”

My heart was wide open that entire day. My heart was full. The day was gray, yet soft. “Blessed” is an overworked word, but that is how everything in me and surrounding me felt that morning.

I am sure that you have had such moments. And if those moments are like mine, they are striking in their ordinariness.

I walked to the very end of the road, passing some apple trees with ripe red fruit that tempted me. I resisted.

As I approached the Ehrler Wedding Barn, I remembered how I had balked at Pam Ehrler’s first dreams about the barn. I was worried about the traffic. Then somehow, the wedding venue started, and I hardly noticed. My area of the country road remained quiet.

On wedding days, cars arrived and departed on two clusters. I seldom even noticed. Then there was the quiet of COVID.

If I were young and country-raised, I would love to get married in a barn–for old barns carry histories in their high ceilings. How sweet for a bride and groom to commit themselves to one another where farm folks once pitchforked hay, milked cows and had their own stories unfold. I liked that the Ehrler barns with all that Heller history being used.

I walked by the bright red barns and saw Abbey out front.

“Wedding today?” I asked her.

Turns out one was scheduled. I thought it might make a sweet column–a break from the railroading columns–and so I asked Abbey if I could return that afternoon. I would sit quietly at the side and watch the event unfold.

Abbey said something about the slight possibility of the appearance of a wedding cow. That clinched it. I told Abbey I would be back that afternoon. She was managing the wedding on her own.

I have watched Abbey grow up in the last 13 years. She used to be one of the children at Cyndi’s Daycare. Abbey was always mature beyond her years–wise and gentle. An old-soul child.

I did not even get the name of the couple marrying that day. I just know that some guests were coming from Florida. The bride had gone to University of Wisconsin-Platteville and studied one of the farm animal specialties. The couple was so happy to discover the venue. They would all be going to eat and celebrate their wedding at the Ehrler Event Barn on the other side of U.S. 20 after the wedding.

I, however, was only interested in the wedding barn. I had arrived by foot and was leaving that way. A country wedding fit perfectly into the special shine that day had for me. Abbey was also shining that morning. I hadn’t seen her for a while, though she and her mother, Pam, would occasionally drop off treats by my gate during COVID.

One of the gifts was a lovely plaster angel. Unfortunately, when I was carrying the angel in, I bumped into my gate and broke off her wing. I keep gluing it on, and it keeps falling off. I finally figured that having that angel with her broken wing was just as it was meant to be.

When I first moved onto Heller 13 years ago, I used to watch Pam take hay from the loft of what became the wedding venue. I was so impressed with the hard-working, no-nonsense way Pam got things done.

When I got to know her, I also discovered she can be hilarious! Pam can seem tough, but she is really very tender and vulnerable. I would not want to tangle with her, but I know I can count on her to help me out if I were to need her.

Abbey’s dad is Steve Ehrler, who brings me hay and who, along with Pam, has been one of my donkey rescue teams. Steve is a soft-spoken man who works hard. Like many farmers, he is a man of few words. He has a deep kindness–a keenly sensitive soul. How proud he has been of Abbey. I saw a lot of Steve in Abbey.

At the wedding, when he was organizing parking with the quiet confidence of a seasoned officer, I noted how efficiently Abbey was running the wedding entirely on her own. Abbey gracefully lent an arm for the elders who needed assistance, was attentive to the wedding party, gracious to the guests. The wedding progressed perfectly–Abbey, so young, had the maturity of a seasoned wedding planner.

The wedding itself was lovely. It had some country music and also had a familiar Baroque canon. The wedding party ascended to what had been a hay loft. The lighting was quiet and dignified. Strings of lights illuminated the bride and groom and added to the sense of something sacred–for marriage was always intended to be just that.

Sunlight filtered through the ancient wood ceiling here and there, bringing its own warmth.

The wedding message by the minister was thoughtful. I found his words wise and his counsel to the young couple moving. He quoted one of my favorite Biblical passages, “Love is patient, love is kind. It does not envy, it does not boast, it is not proud. It does not dishonor others, it is not self-seeking, it is not easily angered, it keeps no record of wrongs.”

As the family and friends gathered briefly out front as the cars were picking them up to take them to the other venue, I had a moment with the minister, Wayne Fischer, of Fischer Excavating. It was a striking conversation carrying that same feeling I had from the start of the day.

We spoke of human suffering in the midst of great celebration. We spoke of acute suffering coming to people without our human ability to understand its cruel arbitrariness.

It was as if the world moved silently around our exchange. We were two people from very different worlds. The moment was almost stilled as if those words rested apart from the wedding activity.

Then I stepped back. I was not a part of their gathering. The minister returned to chat with the guests. I spoke for a moment with Steve. I told him I might want to focus on Abbey in the column. I took a picture of them together–one of those against the light imperfect photos. I had not known what a treasure it would be.

I decided to walk home. It is perhaps a mile from my house. As I got close to my home, Steve Ehrler was driving a tractor that pulled a cart with the bridal party. We waved. My heart was full.

I messaged Pam and asked her to have Abbey contact me. I figured they would be busy. I was going to ask for Abbey’s number, but I did not want to bother the Ehrlers.

I got word of the sudden, unexpected death of Abigail Sue Ehrler–Abbey–late Monday. Who could have seen her broken wing? She kept it hidden from us all.

History, interpreted through art, has the power to transform us